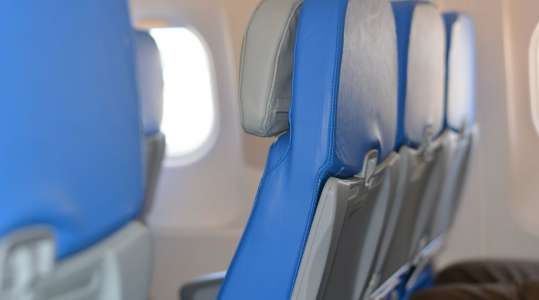 In the second of our three-part series on airline seats, we look at the premium economy.  This is a newer market segment in North America, but one that provides a great value option for many.  We’ll differentiate it from economy seats with extra legroom and help you understand what it is and when you should consider it.  See part 1 in the series for our overview of seat terminology.  Our UNIGLOBE Experts give you the inside scoop on Premium Economy.

While there are no truly standard definitions or categories, Premium Economy is a travel class between economy and business on international long-haul flights.  It offers a substantially upgraded experience over standard economy at a reasonable price point.

Obviously, the physical characteristics of the seat will vary by airline, but compared to economy, it generally offers a seat with 1-4 inches more width, 2-8 inches more pitch and several inches more recline. Many of them also include footrests or enhanced adjustments such as lumbar support along with larger video screens. The seats are similar to what North American airlines offer as domestic first class seats.

Each of Delta, United and American (along with some other airlines) offer seats with more legroom and extra recline, don’t confuse those with Premium Economy.  The extra legroom seats generally just that – extra legroom – but don’t have the increased width or other features.

In addition, Premium Economy passengers will be entitled to other perks which vary by airline, but typically include amenity kits, improved food and drinks offering, and priority check-in and boarding at the airport.

What is it called?

Each airline has its own name for the product, and as some have varying products for international long-haul versus domestic, it can be difficult to know what you’re getting.

How much is it?

As with all things airline, it depends.  Generally, you’ll find Premium Economy offering about 30%-60% more than an economy ticket, compared with business class seats that are 4-8 times the cost of economy.  However, in recent searchs we found a Premium Economy seat for only $50 more than a $1900 economy ticket, but also found Premium options that were more than double the economy choice.

From a value perspective, one way to look at it is based on the price difference per hour (Premium Economy price minus Economy price, divided by the number of hours of the flight).  Anything under $50/hr is excellent value, while under $100/hr is still good value.

Where can I find it?

Delta, United and American have only started introducing Premium Economy options over the last 2 years, and are progressively rolling them out across their long-haul fleets.  Several major European airlines such as Air France, Lufthansa, Virgin Atlantic and British Airways offer it on all long-haul flights as do many Asian airlines. Because the product names vary, its best to ask your UNIGLOBE agent when you’re booking.